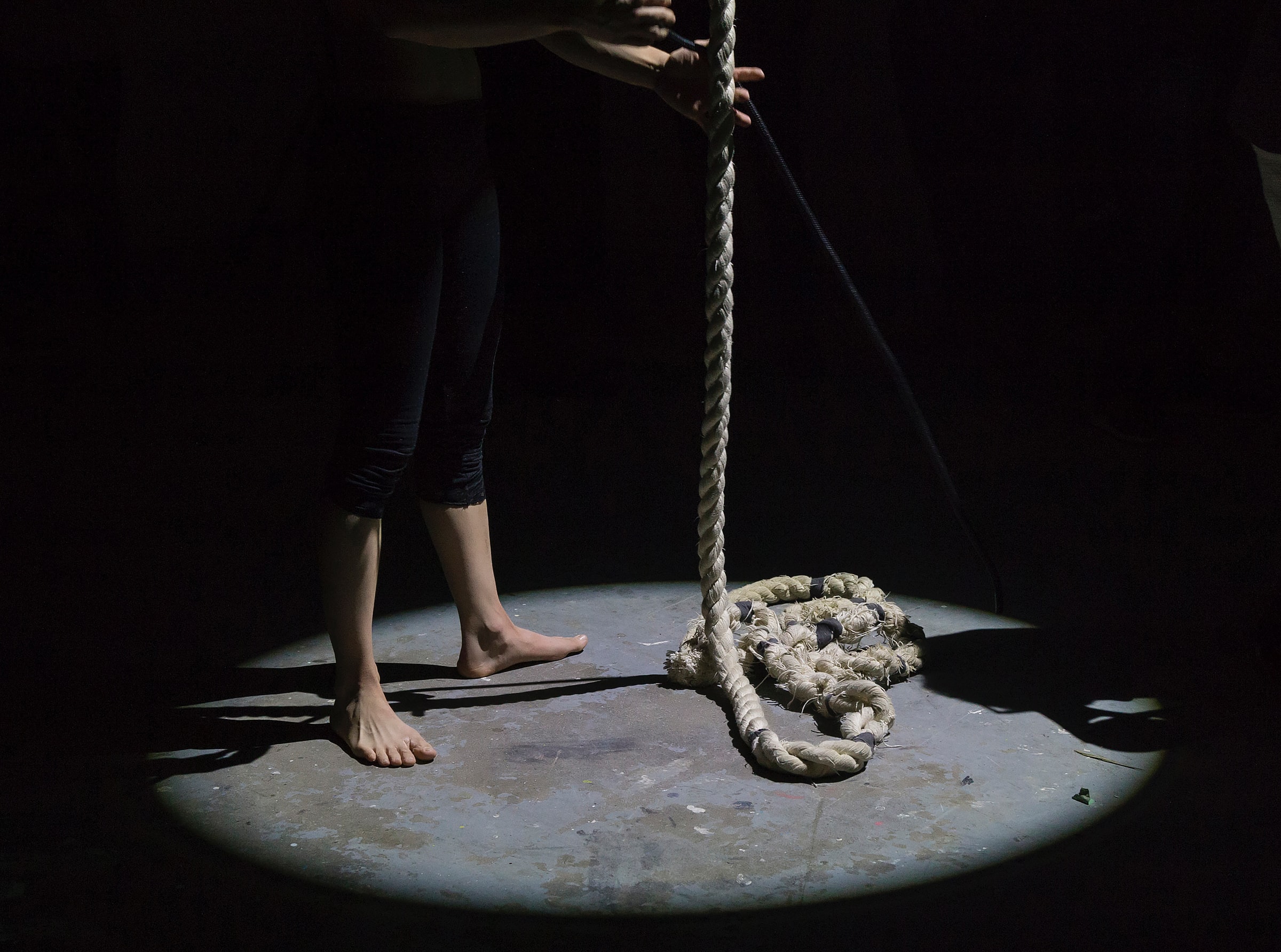 When Ahitophel saw that his advice had not been followed, he saddled his donkey and set out for his house in his hometown. He put his home in order and then hanged himself (commits suicide) 2 Samuel 17:23, NIV.

Suicide is defined as the intentional taking of one’s own life. In recent times there has been an increase in the number of successful suicide attempts. The World Health Organization states that about 800,000 people die each year by suicide worldwide, making it the 2nd leading cause of death in the world for those aged 15-24 years. In the elderly, suicide attempts are more likely to end in death; this is because older adults plan more carefully and use more deadly methods.

Many factors could predispose an individual to want to commit suicide or attempt suicide. They include:

Signs Of An Imminent Suicide Attempt

The following are signs that an individual is planning on committing suicide:

What Does The Bible Say About Suicide?

The Bible is not explicit about suicide as a topic but records several men who took their lives under varying circumstances. Abimelech, who was mortally wounded by a woman, begged his armor-bearer to kill him so his death would not be credited to a woman (Judges 9:54). Saul fell on his sword to avoid being taken captive by the Philistines (1 Samuel 31:4), Samson killed himself along with over 2,000 men and women (Judges 16:30). Ahitophel hanged himself after Absalom rejected his counsel (2 Samuel 17:23), Zimri set himself on fire (1 Kings 16:18), and Judas hung himself after betraying Jesus (Matthew 27:5). Each of these men felt taking their lives was the best solution to their present circumstances.

It is important to note that the Bible is silent on whether suicide is good or bad; it only gives us the instances and the predisposing factors that led people to commit suicide or have suicidal thoughts. As mentioned earlier, diverse reasons can lead someone to desire to end their life. We call this suicide ideation- the thinking about, considering, or planning suicide. Is committing suicide a sin? For many Christians, it is. This belief draws its premise from one of the ten commandments- thou shall not kill (Exodus 20:13, KJV).

Christians who believe that suicide is a sin believe that the commandment not to kill extends to the killing of one’s self. But this is not the focus of this article.
Thinking about committing suicide, however, is not a sin. Knowing this can help you who are presently thinking about ending it, or you who know someone who is thinking of doing so.

What You Can Do To Help

The Bible is full of examples of godly men and women who wanted to end it all:

Do Not Play The “Unrighteous” Card

We now know that godly people also think of ending their lives; it has nothing to do with one’s level of spirituality. When someone confides in you about their desire to end it all, or you see them exhibiting some of the signs mentioned earlier, the last thing you want to do is what Job’s friends did- accuse them of sin. Many people believe that those who choose suicide as a way out of their problems are weaklings. The fact is that at that moment, suicide is the only logical option for them. Telling them they are wrong and how disappointed you are that they are even considering suicide does not make the situation better; it may worsen it. You stand the chance of losing their trust, which may lead them to isolate themselves from people all together and may strengthen their conviction that no one cares, and so suicide is indeed their only option. Instead, we need to approach them as God does.

As Christians, we can help those who are considering ending their lives by showing empathy. This empathy means putting aside our perspective and seeing things through the eyes of the one suffering, resisting the urge to begin to quote scriptures at them when we have not fully comprehended where they are at their moment of crisis. Sometimes the best help we can offer is listening; actively listen without thinking of what the right response to their statements might be.

When Elijah sought to die, God sent an angel to him. The angel did not ask why Elijah was thinking of dying; instead, the angel gives him food to eat and water to drink; these strengthen Elijah. Only after Elijah has received strength, does God asks him, “what are you doing here?”  After listening to Elijah’s reason, God did not rebuke him for lack of trust in Him. After all, He had just shown His mighty power to Elijah by sending fire from heaven to consume Elijah’s sacrifice. Instead,  He gives Elijah relief by appointing Elisha as his successor. Then He tells Elijah that he is not alone; there are seven thousand other righteous men who have not bowed down to Baal.

We need to learn to listen, provide relief if we can, or get the individual the help they need. The support they need may be professional, especially if they have a mental illness, it may be providing their basic needs or taking them to a safe place. After providing them the help they need, we can now encourage them. God only tells Elijah about the seven thousand men after He meets his needs.

Get help fast!: If you ever happen to stumble on someone trying to take their life, it is crucial that you act quickly. If you can stop them before they commit the act, do so, and immediately call the emergency number in your country. Make sure to keep yourself safe during this process. You can also pray; I know that many times, this is all we do, but you can never overestimate the power of prayer. And if someone you know eventually successfully carries out a suicide attempt, we as Christians must provide support for the grieving family left behind. This is not the time to share your viewpoint on the sinfulness or non-sinfulness of suicide. The Bible admonishes us to weep with those who mourn; this includes those who have lost loved ones to suicide.

Help For Those Thinking About Suicide

Talk to someone– I know this sounds too simple, but talking to someone about your intentions to end your life can help change the trajectory of your thoughts. I know that in the Christian community, this may be a hard thing to do for fear of being looked upon as having no faith. Talking to a trusted friend can help relieve the burden, make you see your situation from a different perspective, and provide the opportunity for you to get the help that you need.

Be honest with God about your feelings– It is okay to tell God that you are losing it. God does not become angry when we express our sense of hopelessness to Him. Job was candid about his feelings. “Therefore, I will not keep silent; I will speak out in the anguish of my spirit (Job 7:11).

Find hope in God’s word– David also had his share of difficulties, but this is what he said in Psalm 27: 13-14 “I would have lost heart unless I had believed that I would see the goodness of the Lord in the land of the living. Wait on the Lord, be of good courage, and He shall strengthen your heart; Wait, I say on the Lord!” (NKJV). As much as death seems to be the best option, living offers more opportunities for change, a new start, and the possibility to make an impact.

Get professional help– Are you about to act on those suicidal thoughts? Get up and check yourself into an emergency room. If you are in the United States, call the National suicide prevention lifeline at 800-273-8255. They have trained staff willing to speak with you 24 hours a day, seven days a week. If you are not in the United States of America, find out what emergency services exist in your country and call the number. Call a loved one and let them help you.
Get rid of any methods you could use to carry out your suicidal thoughts. Items such as guns, knives, medications should be thrown away.

Remember, you are more important to God alive than dead. Even if nobody else cares if you live or die, God does, and just as He revived Elijah, He wants to do the same for you. Ecclesiastes 9:4- “Anyone who is among the living has hope-even a live dog is better off than a dead lion!” (NIV). Keep hope alive, and remember God wants to prosper and be in good health even as your soul prospers.