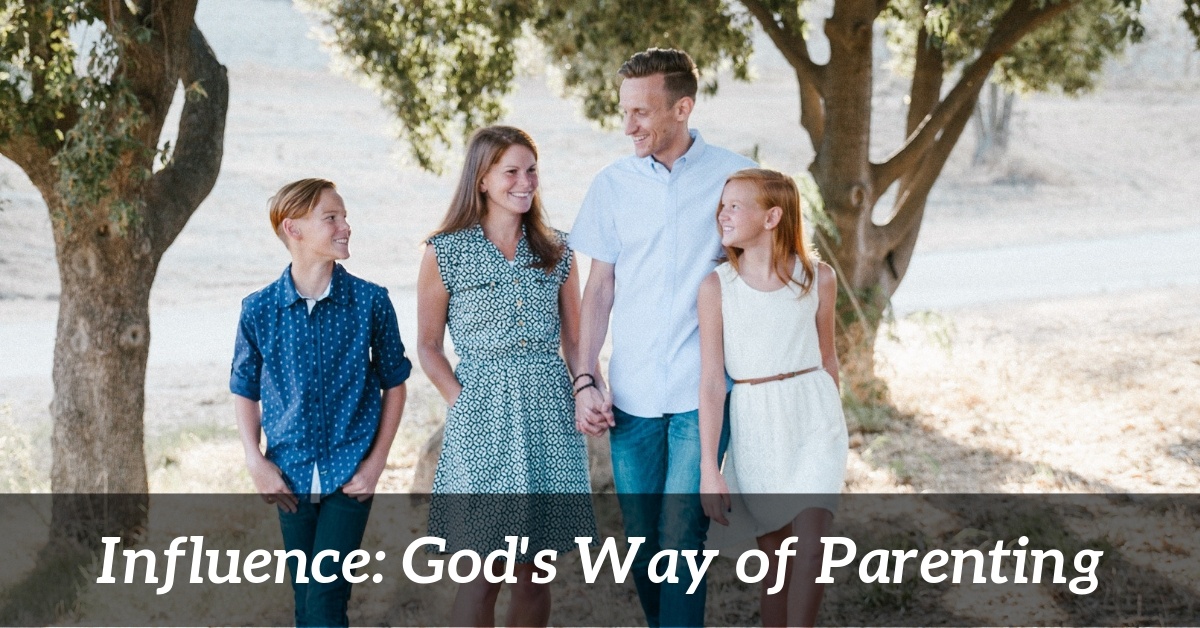 Most adults desire to become  parents someday (if you’re not one already). One of the greatest joys of being a parent is to see your children grow up to become responsible people. But much more than that, many Christian parents feel fulfilled when their children realize the purpose of God for their lives and pursue it.

It is the responsibility of parents to influence their children, to ensure they become better than them; that from an early age they are introduced to God and are guided to discover the purpose of God for their lives.

Are You a Good Influence For Your Child?

Studies have shown that children are more likely to become like their parent who raised them. The question then is what kind of parent are you? Will you be proud and happy if your child turns out to become the kind of person that you are now, or would you like them to be different and better than you?

All of these depends on the type of person you are and the investments you have made in bringing up your child. The Bible says “Train a child in the way he should go and when he grows up he will not depart from it” (Pro. 22: 6). God expects you to set the course for your children so that they can start on the right track.

To monitor and support them till they are matured enough to make decisions for themselves. You must realize that the type of foundation and upbringing they have is very important to how they will turn out later in life.

There are examples of people who took this responsibility seriously and those who had competing interests and did not take it seriously. Of course, they both had different results at the end of their lives.

God called Abraham out from his kinsmen to take him to a promised land and Abraham obeyed God. He quickly packed his belongings and left his ancestral home to where God was taking him.

It turned out that Abraham did not have any children at that time, but God made a covenant with him, promising him that he would have multitudes of children, too numerous to count (Gen 15:5-6). Eventually, the promised son Isaac arrived.

As Isaac grew up, Abraham considered it a sacred responsibility to ensure that he taught his son Isaac about God. He circumcised him, taught him how to build altars and call upon the name of God and commune with God (Gen 26:25).

Isaac must have learned from his father Abraham the principles of wealth management since he inherited and managed successfully his father’s vast estate. Abraham even made sure that Isaac did not marry a wife from the tribes around them that did not know God (Gen 24:3).

It is therefore not surprising that Isaac turned out the way he did; living and doing everything just like his father. Many of his experiences were similar to his father’s.

Abraham knew that the covenant promises of God were at stake if he did not prepare his children well enough to receive them. And each person in Abraham’s lineage knew this very well, so they always made sure that they told their children (the next generation) what they must do to bring to pass God’s covenant promises.

Thus the covenant blessings of God are perpetuated through the generations of Abraham’s lineage to this day. What are you telling your children about God, how are you preparing them to be custodians of God’s agenda in the future when you are gone?

Can you say that you will be happy down the road (in the future) when you look back and see the kind of influence that you have been to your children?

Samuel and His Children

Samuel was a great prophet in Israel who God used mightily during his time. God raised him to become a great leader in Israel when the nation was very corrupt and the word of God was scarce (I Sam 3:1).

Samuel grew up under a leader (Eli the priest) who did not bring up his children well. Eli’s children were very corrupt and wicked (I Sam 2:12), their wickedness eventually led to their destruction and the death of their father Eli.

The prophet Samuel did excellently well in discharging the responsibilities God had laid on him such that at the end of it all he challenged the whole nation about his conduct and nobody could fault him in any way (I Sam 12:3).

However, the only problem was that none of his children were like him. His children were a sharp contrast to who he was, their conduct was more like that of the sons of Eli (I Sam 8:1-5).

So, why did his children turn out this way after he had served God so faithfully? The most logical answer was that he was so occupied with his duties that he probably never had the opportunity to spend quality time with them or know what they were doing.

In the later years of his career, Samuel moved from city to city judging the people of Israel (I Sam 7:16). It turned out that there was nobody to perpetuate the legacy of Samuel after him because all his children were corrupt and were not serving God (I Sam 8:4-5).

The fact that Samuel’s children who became judges in Israel were not faithful, led to events that had a huge impact on the nation of Israel for several years. What are you doing now that is preventing you from spending time with your children?

It is the time you spend with them that helps you influence them. There can be no influence if you don’t spend time with your children and they may end up getting influenced by the wrong people.

What Must We Do?

We must understand that God wants to do things in our lives that will outlive us. God thinks and does things in generations, so it is our responsibility to raise the next generation that will continue with serving God where we stopped.

We must make it easy for them to take over and do much more than we were able to do. What are you doing to ensure that your children will grow up to serve God?

Have you been so busy with your affairs and business that you don’t have time again for your children? Think and consider these things seriously and do something about it.