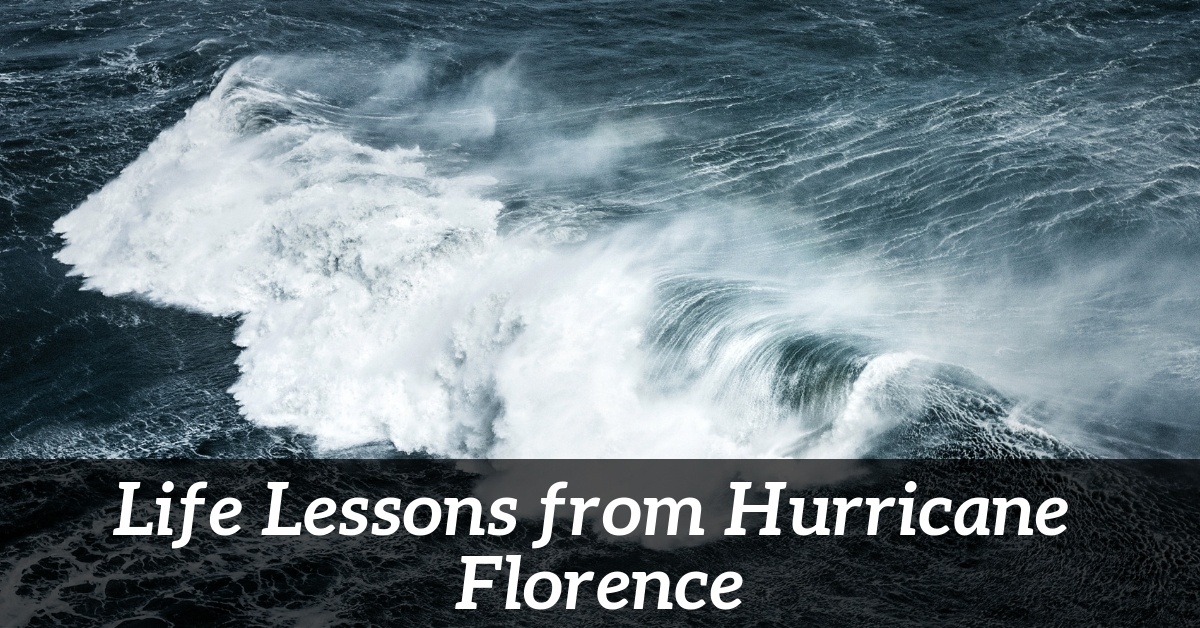 Before hurricane Florence hit the Carolinas’, warnings went out like they always do when a natural disaster is imminent. In a developed country like the United States, natural disasters are monitored. The intensity of the disaster is explained days before it arrives along with the extent of the expected damage.

People living in the hurricane’s path are warned and advised to evacuate. Sometimes, mandatory evacuations are issued, and residents are told not to call emergency services should they run into trouble because they choose to stay back.

But like we saw happen recently, people still choose to stay back. Some cite the inability to move as their reasons. Others remain to keep watch over their properties, and still others stay because they believe the impending disaster’s impact on ground is been overrated.

Without fail however, many of these disasters live up to their expected havoc, and the people who chose to stay behind begin to call for help; help they were warned may not be available because it puts the lives of the responders at risk.

The Hurricane Call Just Like the Call of Salvation

This reminds me of the salvation call. Again, and again Jesus calls out to humanity “I am the way, the truth and the life, no one comes to the father except through me”.

The consequence for rejecting His call is an eternity without Him; a dreadful place called hell where there will be gnashing of teeth. Yet many (like those who choose to weather the storm) still say no to His call.

They explain away the severity of the consequences and choose to live their lives on their own terms. But just like hurricane Florence which came and negatively impacted the Carolinas as predicted, the return of Jesus will surely happen.

Warnings about the impending danger will also be given, but the decision to get out of harm’s way is a personal decision everyone must make. It is the same with accepting Jesus; the message of the gospel can only be preached. No one can force anyone to accept Him as Lord over their life.

Even after warnings are given and people make the poor choice to stay back, emergency services still respond to calls for help. These first responders risk their lives to rescue people who many might say deserve what they get for refusing to heed previous warnings. Isn’t it the same with Jesus?

When we are at our lowest, when we realize the foolishness of our decision to live life without Him, and finally call on Him to save us, He extends His mercy toward us. He draws us out of deep waters. He is like the father in the story of the prodigal son.

The father, with outstretched arms welcomes his son back from a life of squandering and waste (Luke 15:11-32). He does not tell the son “you deserve all you suffered for living a wasteful life.” No, instead, he celebrates his return because this son, who was once lost, is now back home.

Although the mercy of the Lord avails much, for some, it will be too late. Reports abound of the number of lives lost due to hurricane Florence. People were crushed to death by falling trees, others died because the torrent of the water swept them away.

For many who choose to say no to Jesus, it may be just too late. The story of the 10 virgins in Matthew 25:1-13 brings home this message. There were ten virgins awaiting the arrival of the bridegroom. Five virgins took enough oil and extra to last them till the bridegroom arrives. The other five took just enough to fill their lamps.

At the time the announcement of the bridegroom’s arrival was made, the foolish virgins left to go purchase some more oil. On their return, they realize that the bridegroom has come. He has taken with him the five virgins who were ready. All their pleas and reasons for their absence at the time of his arrival fell on deaf ears.

The door is shut, and it cannot be opened. So shall it be for everyone who refuses the call of salvation.

Now is the Time to Make a Choice

One day, it will be too late to respond to this call; like the five foolish virgins, the opportunity to make the right decision maybe too late. What choice will you make today? Joshua, speaking to the children of Israel says it all, “Choose you this day who you will serve.” I pray that you choose life so that you may live eternally.

Making this choice is very simple, Jesus is waiting for you right now to call on Him and He will respond to you and come into your heart.

You can do this by saying the simple prayer below.

I know that I am a sinner and need Your forgiveness. I believe that You died on the cross for my sins and rose from the grave to give me life.

I acknowledge that You are the only way to God. So now I want to quit disobeying You and start living for You.

Please forgive me, come into my life change me and help me to know You more.