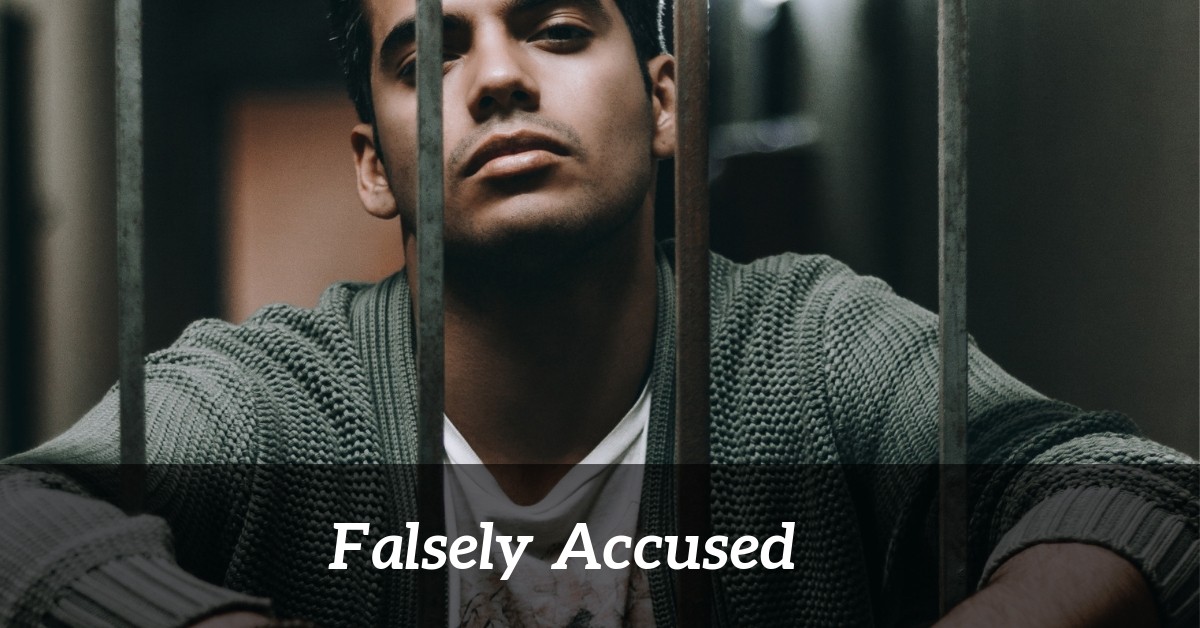 The day is January 18, 1991, a dirty looking woman runs over to a patrol car and accuses three black men of raping her. Two men are arrested- Gregory Counts and Van Dyke Perry.

They are both charged with rape, sodomy, kidnapping, and criminal possession of a weapon even though there is no physical evidence to corroborate the woman’s story. In 1992, a jury finds both men guilty of all the stated charges except one. Mr. Perry ends up serving 11 years in prison, Mr. Count, 26 years.

Have you ever been accused of doing something you did not do? If yes, I bet you can relate to the story of Joseph (Genesis 39), Gregory, and Van Dyke. It is very painful to be wrongfully accused.

It is even more painful when the false accusation results in you losing your freedom (as was the case of Joseph, Gregory, and Van Dyke), your reputation, job, relationships, or status. The desire to set yourself free from the nightmare overwhelms you and all you can think of is a way out and payback for your accuser.

So, what do you do if you find yourself a victim of wrongful accusations?

1. Allow the circumstance to make you a better person– Joseph was the proud son of Jacob. He was loved more than his brothers, and this obviously made him feel entitled. His time in prison changed him; he left the prison a better man than he went in.

What in your life needs pruning? Instead of dwelling on the unfairness of your circumstance, look inward and see what character traits need to be imbibed or done away with.

Jesus admonishes us to forgive those who intentionally hurt us (Luke 6:27-28).

Yes, it is possible to forgive the person whose lies cost you your job, your marriage, or like Gregory and Van Dyke, years in prison. God gives us the grace to forgive those who wrong us. We cannot do this ourselves.

Stephen, while been stoned to death after he was accused of blasphemy, cried out “Lord do not hold this sin against them” (Acts 7: 60). The benefits of forgiveness are endless but the most important is that you set yourself free from the prison that resentment puts you in.

3. Keep believing– Joseph kept declaring his innocence (Genesis 40:15) and eventually, he was released from prison in a dramatic turn of events. Gregory and Van Dyke were also eventually released. They never gave up, and finally, justice was served.

I know many may be saying, what of the lost years?  You may not get back what you lost as a result of the accusation, but you can begin again. Joseph began again. He put aside his anger for his brothers, Potiphar, and most certainly, for Potiphar’s wife too. He knew that God had worked it all out for his good.

With Jesus, All Things are Possible

What about you? What will it be? To release those who have hurt you, you need Jesus. Only Jesus gives us the power to love our enemies. He too was falsely accused and suffered death on a cross for it.

But His death brought salvation to all mankind and whoever believes in Him will be saved. Why not invite Him into your heart. He can save you and give your life a new meaning and a new beginning.

Dear Jesus, I realize that in my strength I am unable to let go of the hurt and hate I feel toward those who wronged me. I ask that you forgive me of my sins and help me forgive them just as you forgive me too. Help me see the good you are bringing out of this seemingly dark situation. I trust that with you I can start anew. Thank you for loving me. Amen.