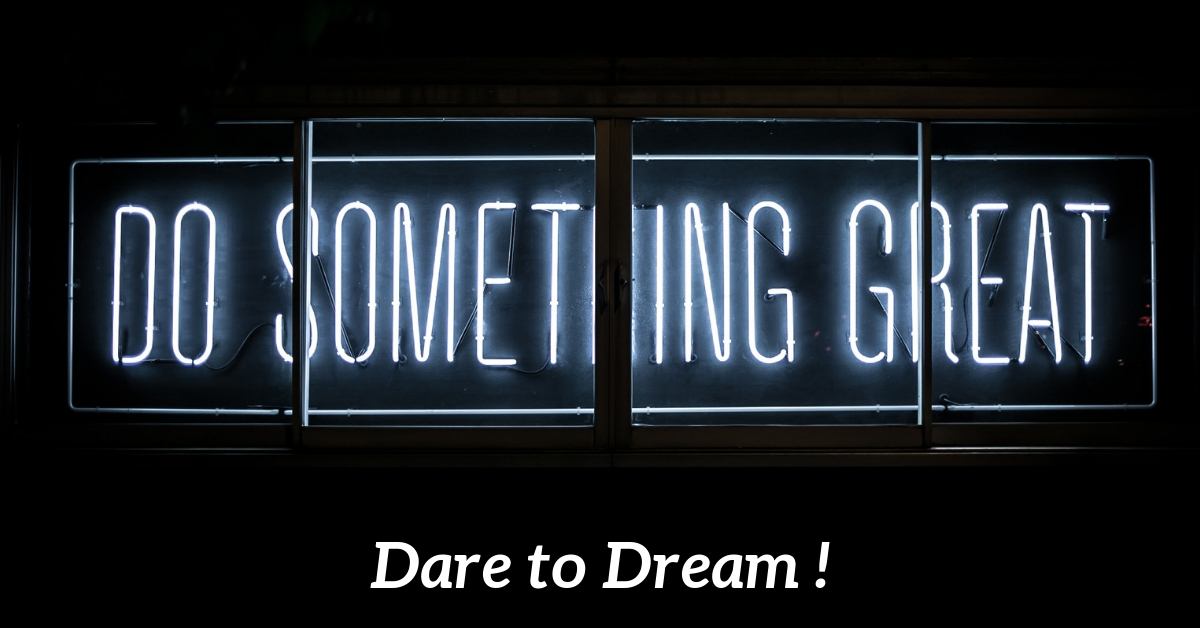 We all have dreams and desires for a better life for ourselves. This is what often motivates us to take action in order to see our dreams come true. However, it just happens that we sometimes end up with results that we did not expect or bargain for.

Have you ever had a dream you were so sure of, only to have circumstances happen contrary to your dream? When you find yourself  in such seemingly unfortunate circumstances, you have an option to be angry and bitter or to be thankful and trust that God knows what He is doing.

You may have started a business hoping to be successful, but you end up losing everything. I have seen (and personally experienced) situations where people were doing so well, then suddenly, a turn of events left them devastated and at the mercy of others.

Should we become averse to pursuing the dreams that God puts in our hearts for the fear of the unknown and just stay with the things that we are familiar with?

Joseph  was the first son of Jacob’s beloved wife Rachael. His father’s love for him caused his brothers to hate him. He had several dreams and did not fail to share it with his family causing their dislike for him to grow.

Because of his dreams, he went through several unfortunate incidents that should have left him bitter, resentful, and vengeful but he never in any way yielded himself to such feelings. Let’s consider some insights on how Joseph handled the unpleasant situation he found himself in as a result of his dreams.

He Dared to Dream

At least with the benefit of hindsight, imagine what could have happened if Joseph never had any dreams, or maybe if he didn’t express his dreams.

He probably would have remained a ‘daddy’s boy’ running errands for his father and enjoying his father’s love and preferential treatment. But this would mean that he would never have become all that God wanted him to be. He would never have lived his life to its full potential.

Joseph’s initial dreams landed him in Egypt, and from Potiphar’s house ,he ended up in jail. When the opportunity to interpret dreams came up in jail, he offered help. He could have held back knowing that nothing good came from dreaming or interpreting dreams in his past, but he did not.

Don’t be afraid to share the dreams that God has put in your heart with people around you, especially those that love and care for you. The dreams, desires, and visions you have are the inner promptings and signposts that tell you the things that God wants to do in your life.

So, let’s be careful not to close our hearts against these desires. They have the potential to transform our lives if we nurture them and trust God to lead us in making them a reality.

It’s Not About You

Joseph’s dreams were actually not about him. His dreams were a blue print for the preservation of Israel from famine and indeed the world at that time. Often times, the dreams, desires, and visions that God decides to place in our hearts are things that are bigger than us.

Joseph initially appeared to be arrogant because of his dreams.  it seemed at first that all he could take from them was that his brothers and his entire family would pay homage to him. Indeed that happened, but that wasn’t the whole story.

Joseph’s dreams were meant to prepare him for a cause that was far bigger than him. God’s intention was to use him as an agent who would preserve His covenant to Abraham, Isaac and Jacob by preserving the lives of the founding fathers of Israel from famine.

God knew what was coming, so he made preparations ahead of time even when nobody knew what was going to happen in the next 20 – 30 years.

The dreams and visions that God has put in your heart are not exclusively for you. God’s intentions are far bigger than you. If your dreams are all about you and your family, you need to dream again.

Don’t let the magnitude of the dreams you have scare you, rather trust that God, through you, will bring them to pass. Remember, God never reveals everything to you at once.

Joseph did not see Potiphar’s house, the prison, or him as prime minister of Egypt in any of his dreams. And just like him, the desires and dreams that you have now are just a tip of the iceberg; you will be wowed when you see what God will do through you eventually.

What kind of feelings do you have when you think about the dreams and desires that you have? Do you feel comfortable sharing your dreams with others? Please share it with us. Feel free to share your dreams also in the comments, we will love to hear them.